Providing high quality products and workmanship that continue to benefit our customers for many years.

Some more media coverage hopefully coming our way, with a feature on building lobster / cray boats in an upcoming issue of Ausmarine (which, as Fitz will tell you, used to be called Professional Fisherman back in the heyday).

Leveraging decades of firsthand experience in the design, construction, and operation of crayboats, Dongara Marine has emerged as a premier supplier to the lobster fishing industry.

Directors Rohan Warr and John Fitzhardinge are both experienced boatbuilders and crayfishermen. John designed and built his first crayboat in 1961, and began fishing in 1962. He is a founding Director of renowned design firm Southerly Designs. A fully qualified shipwright, Rohan entered the boatbuilding industry in 1995 and worked for a number of well-known yards before joining Dongara Marine in 2010. He has also worked in the WA fishing industry, and obtained his Master V and MED II tickets.

Also setting Dongara Marine apart from comparably sized boatbuilders is the breadth of its in-house skill set, which covers all aspects of vessel construction and repair with the exception of mechanical work.

The benefits of this experience and expertise are evident in the recent growth of the Dongara Marine business and its products, particularly for (though not limited to) the crayboat sector.  Notable recent achievements have included:

Rohan Warr says a key to success is customer focus.

“We focus on enhancing customer value through better outcomes not lowest initial cost. We achieve through an ‘old fashioned’ approach of providing high quality products and workmanship that continue to benefit our customers for many years.”

That the business is thriving after more than 40 years servicing the crayfishing industry is testament to the effectiveness of that approach. 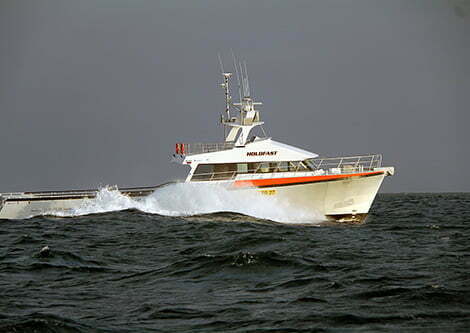