Windjana has a long association with Dongara Marine and our Director John Fitzhardinge, an association that reflects our ability to provide whole-of-life service to keep vessels in optimum working condition.

The hull was built by Geraldton Boat Builders (GBB) before being transported to Port Denison, where Dongara Marine attached the composite superstructure we had fabricated and completed the wiring, fitout and painting.

In early 2015 the owners decided to provide the single screw lobster boat with new capability through a major refit and modification program. This included:

The biggest change, however, was to more than double the boat’s live tank capacity: from 32 baskets to 68 baskets.

To achieve this, Dongara Marine cut the aluminium hull in half just ahead of the forward engine room bulkhead, separated the two halves, and then inserted a new midbody section.

Manufactured to the tight tolerances required to match to the existing structure, this 2.1 metre long module houses a new 48 basket live tank. Southerly Designs provided the engineering design for the modification.

In addition to the lengthening Dongara Marine also updated the vessel’s electrical system, installing a new three-phase generator and rewiring the boat, to enable the operation of the increased live tank pumping capacity required.

Following the extension, which also brings with it the benefits of increased waterline length, the boat is capable of up to 25 knots.

“Jared Groom, who skippers the boat for the family, is delighted with the performance of the extended boat” 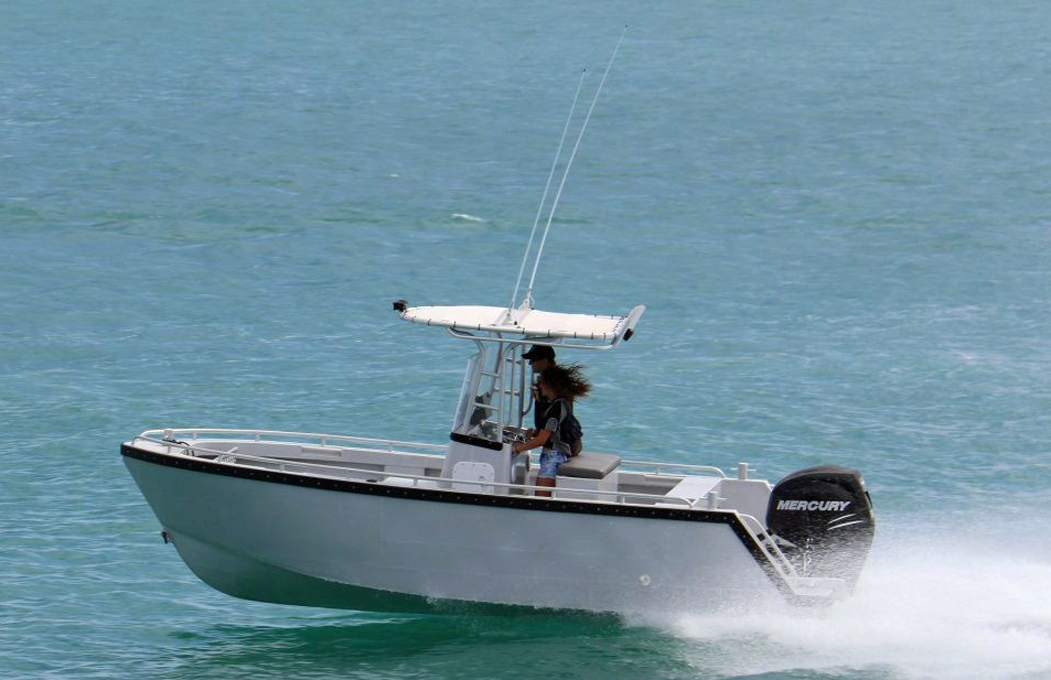 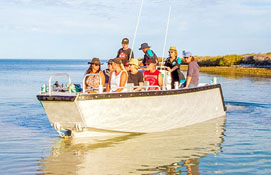 These custom tenders enable passengers on the cruise catamaran Eco Abrolhos to undertake a range of activities.